Is a contractual agreement regarding indemnity of a hospital, it's personnel or agents enforceable when negligence occur. 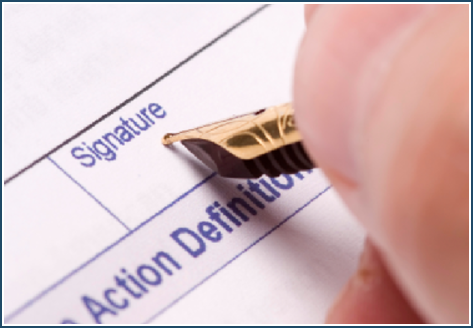 The Appellant is the owner of a private hospital. The Respondent was admitted to hospital for an operation and post operative care.

On admittance to the hospital an agreement was entered into between the patient and hospital.

According to the Respondent it was an implied term of the agreement that the Appellant's personnel should have treated the Respondent in a professional way with reasonable care.

After the operation complications occur as it was alleged that the nursing sister acted negligently as the Respondent`s blood circulation was cut off due to a bandage being wrapped too tight.

During the pre-trial conference the respondent admitted that his claim fell within the ambit of clause 2.2 and accordingly the Court was approached in terms of Rule 33 (4) to consider the enforceability of Clause 2.2.

The Respondent argued that clause 2.2 was not enforceable in that:

On Appeal The Court Found That -

The respondent's claim was founded in delict. The appellant relied on a contract in terms of which liability for negligence was excluded. It accordingly bore the onus of establishing the terms of the contract. (The position would have been otherwise had the respondents sued in contract. See Stocks & Stocks (Pty) Ltd v TJ Daly & Sons (Pty) Ltd 1979 (3) SA 754 (A) at 762-767C).

The Appellant Division found that this case was in fact based on contract and not delict. The Hospital was not liable for damages.