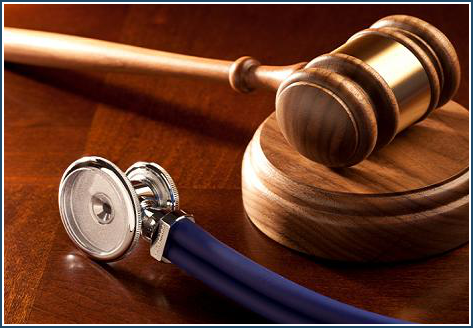 Today the Constitutional Court handed down judgment in an application by Mr Nyathi whereby he sought confirmation of the declaration of section 3 of the State Liability Act 20 of 1957, to be inconsistent with the Constitution. The impugned portion of section 3 prohibits the execution, attachment or like process against a state defendant or respondent or against any property of the state for the satisfaction of judgment debts.

Mr Nyathi, whilst undergoing treatment for severe burns at Pretoria Academic Hospital (and later Kalafong hospital) suffered a stroke as a result of an incorrect surgical procedure. As a result of the stroke he was rendered severely disabled. Alleging negligence, Mr Nyathi sued the MEC for Health, Gauteng, for an amount of Rl 496 000. The state conceded negligence. Prior to the hearing for the determination of the amount, the applicant, his medical condition rapidly worsening and already reduced to borrowing money from his attorney to meet his needs, sought an interim payment of R317 700 to cover his medical and legal expenses. The Pretoria High Court granted him an order for this amount. The MEC however, failed to comply with the interim order. Mr Nyathi then approached the High Court for an order declaring section 3 of the State Liability Act unconstitutional and directing the MEC to comply with the interim order.

The High Court found that the blanket ban on execution, attachment and like processes constituted an unjustifiable limitation on the rights to equality and access to courts. It found too, that sections 165(5) and 195(l)(f) had been infringed. It declared therefore, that section 3 of the State Liability Act was unconstitutional. Consequently, the matter was referred to this Court for confirmation of the order.

Prior to the main hearing, this Court (at an urgent hearing on 4 May 2007) ordered the MEC to pay the applicant the interim amount, as well as show proof thereof.

Madala J, writing for the majority, found that the section unjustifiably limited the right to equal protection of the law contained in section 9(1) of the Constitution and was inconsistent with the constitutional protection of dignity and the right of access to courts.

The Court held too, that section 3 also violated the principles of judicial authority, and the principle that the public administration be accountable. The Court therefore upheld the declaration of constitutional invalidity, but suspended the order for 12 months in order to allow parliament to pass legislation that provides for an effective means of enforcement of money judgments against the state.

Madala J also criticised the failure of the state to settle approximately 200 judgment debts outstanding at the time of the judgment The state was ordered to provide to the Court details of all outstanding judgment debts, and to submit to the Court a plan for the speedy settlement of all such debts before 31 July 2008. He noted that the facts of this case illustrate that the inefficiencies of the office of the State Attorney, censured by this Court in the Liquor Traders case, have not been resolved and called upon the State to take urgent steps to remedy this state of affairs.

In a dissenting judgment concurred in by Langa CJ and Mpati AJ, Nkabinde J held that section 3 does not violate the right of access to courts. Regarding the equality challenge, she concluded that the differentiation in section 3 is rationally related to the important governmental purpose of preventing disruption of public service and thus that section 9(1) of the Constitution was not infringed. She found that, although the applicant contended that there was nothing he could lawfully do to enforce compliance "with the judgment debt, the common law remedy of mandamus was available to him. While Nkabinde J stressed that the non-compliance by state officials with court orders is unacceptable and cannot be tolerated, she commented that such non-compliance cannot be said to have had the effect that the impugned section rendered them immune from complying with their constitutional injunctions. She said that the problem was due to public administration's inefficiency and mismanagement which could not be resolved by striking down the provision. Accordingly, she would have refused to confirm the declaration of constitutional invalidity but would support the further relief suggested by Madala J.